The Story of Our Dad 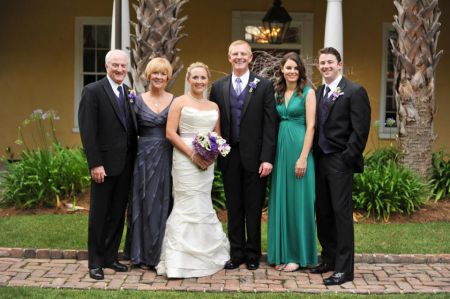 My dad died from sudden cardiac arrest when he was 65. He was active and in shape, he was on cholesterol meds, he detested cigarettes, and I never saw him drink anything stronger than a cabernet. But he still died, playing tennis, and dropped so fast he didn’t even break the impact of his fall with his hands. When they laid him out at the funeral home, his nose looked freshly broken.

Still—as deaths go—it was a good one. No wasting away in a white-on-white hospital, no impossible goodbyes, no time to contemplate eternity or things left undone. One moment he was there, and the next he was not. But still, 65 is too young.

My father’s two loves, outside of tennis and his family, were his work and his music. One of the last conversations I can remember having with him incorporated both. Poking fun at him, I had asked him if he knew that they made music between 1975 (he loved Keith Richards’ ballsy, bluesy guitar riffs) and 2005, when he inexplicably started blasting Pink and Justin Timberlake after dinner parties. “I know they made music then,” he replied matter of factly, “I just didn’t have any time to listen to it, because I was working so hard trying to figure out how I was going to support two little kids and a wife.”

My dad worked literally until the day he died. He never got to retire. He never met any grandchildren. He never got to go to Europe. These were all things he planned on doing. Yet none of them were things he got to do, because of an episode of sudden cardiac arrest that wiped him from the Earth as quickly and surely as if he’d been picked off by a sniper.

I was told later on that there were defibrillators nearby, defibrillators that may or may not have been capable of saving his life, but no one knew how to use them.

The aftermath was the same storm of shock and grief and paperwork that every family who has lost someone suddenly is all too familiar with. You wake up in the morning and start your day. The doorbell rings constantly. There are sad faces and familiar faces and faces you never thought you’d see again. Sandwiches and pastas and cookies pile up uneaten on the counters. People tell old stories and bring around new babies. Drinks are poured, lots of drinks. You go to bed almost feeling normal again, and then you wake up in the morning and Dad’s still dead.

The mornings are the worst.

My mom was wrecked. We’re a small family and she really needed my father around. And now she was 63, freshly retired and living in a too-big house with a life laid out before her that she had no idea how to live.

My sister and I of course were devastated too, although operating in that strange limbo adult children can find themselves in, not needing a father anymore, but wanting him back like hell all the same. 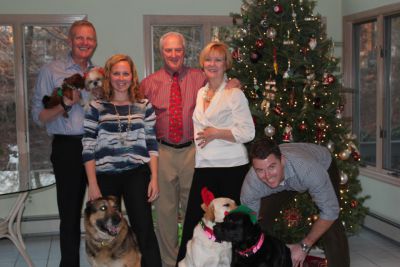 The first few weeks, the first few months, were a whitewash of sadness. Christmas that year was nearly unbearable. (All I can say is thank God for bourbon.) After a while I, and then my sister, and finally my mom came to grips with what had happened. And in time we all picked ourselves up off the ground, dusted ourselves off, and started on the road back to normalcy.

It’s nearly two years later now, and occasionally the grief still comes back and hits you at awkward angles. It really can feel like a proverbial punch in the gut. At the time of his death my dad had been looking to buy a small boat to go striper fishing on. I work in the boating industry and at boat shows I still find myself eyeing out small fishing boats, weighing the deals in my head, trying to find the right boat for Dad, and then I remember he’s gone.

SCA can feel like an act of God, and many times it is. But with the proper training, and the proper equipment, there are instances where the dead can literally be raised. And if there’s even that smallest chance that through minimal training and a little bit of knowledge you could be the one who saves that life—and prevent everything I just wrote about—well, how could you say no to that?

I am so sorry for your loss... I am a survivor of SCA. I often go back to the very day how all seemed normal I took my sister to lunch and returned home and began getting my husband ready for work. I chatted with my granddaughter in our kitchen, who was just 13 at the time, and I suddenly collapsed. Wihout warning, I too died, but my husband knew CPR. He gave me compressions until the Paramedics arrived and was taken to the ER. I do not remember anything happening after the chat with my granddaughter until I awoke 7 days later. There was no suffering no anticipation of death... I am glad your father didn't suffer and his passing was peaceful. My own father had a 20 decline in health before he finally passed away and that was 1981... 33 years ago. I still miss him and find my eyes filling with tears, wishing to see him again, for which I am lookng forward to and expect when I finally die. The BIble says to be absent from the body is to be present with Christ and my Dad knew Jesus Christ as his Lord and so do I.... There is Hope!

God is the author and finisher of our faith.... May God Bless you!

So sorry for your loss Kevin,

So sorry for your loss Kevin, you and your family are in my prayers, so hard to lose someone and it happened to my husband just as fast as your father, my husband did survive, but it was a very traumatic experience for myself and his children. Still working on recovery at home. Wish you the best, have those grandkids some day so he can watch them from heaven.

I'm glad to read this