Three Deaths in One Week: Are Student Athletes Safe at School?

Tragedy struck three high school students and their families in the past week. Wes Leonard, Matthew Hammerdorfer, and Sarah Landauer never knew each other, but they suffered a similar fate.  On March 3, star player Wes,16, had just taken the winning shot in overtime at a basketball game at Fennville High School in Fennville, Michigan, when he collapsed and died from sudden cardiac arrest (SCA). Two days later, Matthew, 17, captain of the Poudre High School rugby team in Fort Collins, Colorado, had just scored the winning shot during a match when he collapsed and died from SCA. On Monday, star athlete Sarah, 17, an all-area soccer player, collapsed from SCA during track practice at Eastside High School in Gainesville, Florida. She passed away early Wednesday. 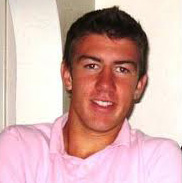 Both Wes and Matthew apparently had an underlying genetic heart condition—hypertrophic cardiomyopathy (HCM)—the most common cause of SCA in youth. HCM, or an enlarged heart, is a genetic abnormality present in approximately one in 500 people. It enlarges the left ventricle of the heart, which can trigger fatal heart rhythm disturbances, particularly during exercise. Sarah’s cause of death has not been reported.

There are approximately 5,760 [1] to 7,000 [2] sudden deaths among high school students each year. Statistically speaking, this means that in addition to Wes, Matthew, and Sarah, more than 100 other high school students across the U.S. also died from unexpected SCA in the past week. 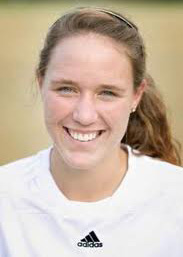 Could these deaths have been prevented? It’s hard to know, but more rigorous routine screening may be in order. There is no national screening standard for high school and college athletes in the U.S., although the American College of Cardiology and the American Heart Association (AHA) recommend that schools conduct pre-participation screening (PPS) that consists of a physical examination and a medical history.

The AHA recommends administration of a 12-point questionnaire about personal and family medical history. Questions address such matters as whether the student has a history of fainting, fatigue during exercise, or a heart murmur, and whether a close relative died of a heart condition before age 50 or has/had a condition such as HCM or Long QT Syndrome, a genetic mutation that produces an irregular heartbeat, which often leads to palpitations and fainting. If the answer to any of the questions is “yes,” further evaluation is recommended.

In contrast, the International Olympic Committee and the European Society of Cardiology recommend that all student athletes undergo heart screening. In Italy, routine use of electrocardiograms (ECGs) has been successful in identifying students at high risk for SCA and has led to a reduction of mortality of young competitive athletes by approximately 90%.

The AHA argues that routine screening in U.S. schools is much more complicated than in Italy because of the massive scope and the lack of infrastructure to manage such a program, and the follow-up required for abnormal findings—many of which are false-positives. The AHA estimates a mandatory program would cost more than $2 billion a year, based on the assumption that an ECG would cost $50.

“Although the frequency of these deaths in young athletes appears to be relatively low, it is more common than previously thought and does represent a substantive public health problem,” said Barry J. Maron, M.D., lead author of the AHA’s 2007 position statement on the matter.

Pioneers in the U.S., such as Joseph Marek , MD, of the Midwest Heart Foundation in Chicago, Illinois, have developed programs that provide free ECGs to student athletes and echocardiograms for those whose ECG results are inconclusive. He estimates the actual cost is less than $10 per ECG. According to the MHF, 40% of young adults at risk can be identified through the use of ECGs. With the help of community volunteers and volunteer cardiologists, Marek's team has screened 55,000 students since 2006 and found that approximately 2.5% of students needed further evaluation. More...

A new study from Israel, to be published March 15 in the Journal of the American College of Cardiology, reports that the use of ECGs to screen young athletes does not reduce the incidence of sudden death. A mandatory ECG screening program of athletes before participating in sports has been in place in Israel since 1997. In a review of a total of 24 cases of SCA deaths before and after 1997, researchers found that prior to mandatory ECG screening, the incidence was 2.54 events per 100,000 athlete-years, while it was 2.66 events per 100,000 athlete-years in the decade following legislation. These data challenge the benefits of screening observed in Italy and are consistent with results observed in Denmark and Minnesota, according to lead author, Sami Viskin, MD.

Dr. Marek disputes the conclusion of this study. “The Israeli investigators report that after instituting a mandatory national ECG screening program, there was no difference in the sudden death rate in athletes. They compiled deaths by tracking reports in the media. It was not a true registry. Therefore, it does not scientifically answer any questions regarding the efficacy of ECG screening.”

Jonathan Drezner, MD, a sports medicine specialist from the University of Washington in Seattle, indicates that tracking media reports identifies less than 55% of the actual deaths. According to Drezner, “The science surrounding the incidence calculation in Israel is incredibly flawed. You cannot calculate an accurate incidence unless you have an accurate account of the number of events during the study period (numerator), and an accurate estimate of the population at-risk (i.e., participating athletes/year, the denominator). This study has neither.”

“Good scientific data neither supports nor refutes the benefit of ECG screening,” according to Marek. “We will therefore give the youth in our community the benefit of the doubt and continue with our incredibly successful and efficient Youth Hearts for Life Cardiac Screening model.”

The Importance of CPR-AED Programs in Schools

Screening is just part of the picture for protecting young athletes. All schools should have comprehensive emergency plans to help save lives when SCA does occur.

Toward that end, the Sudden Cardiac Arrest Foundation advocates the following measures:

To learn more about the Sudden Cardiac Arrest Foundation’s “You Can Save a Life at School” campaign, and to download a free copy of a mini-magazine, click here. www.sca-aware.org/schools.

Facts About SCA in Youth

Whether or not screening with ECGs should be adopted as a standard of care to prevent sudden death in young American athletes remains an area of controversy. In any event, SCA in young athletes is undoubtedly underreported.[3] “The significant numbers of SCA deaths occurring in school children is not fully appreciated,” said Norman Abramson, MD, FACEP, FCCM, chairman of the board of the Sudden Cardiac Arrest Foundation. “And so many of these deaths from SCA can be prevented. It is time for serious reconsideration of the best approach to prevent these tragedies.”

Find out whether schools in your community are prepared to save lives threatened by sudden cardiac arrest. If they are not, provide them with copies of You Can Save a Life at School™, available for downloading here. To order print copies, contact info [at] sca-aware.org. The first copy is free. A donation (recommended amount: $1.00 per copy) is requested for multiple copies (www.sca-aware.org/donate). Shipping and handling is provided by our project partner, School Health.