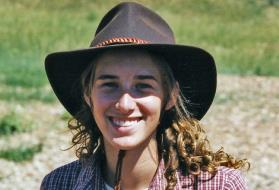 April 2019 is officially Michigan Student Athlete Cardiac Awareness Month in accordance with House Resolution No. 53. As part of the awareness program of spotlighting the problem of sudden cardiac arrest of Michigan students Randy Gillary, founder of the Kimberly Anne Gillary Foundation was in Lansing on Thursday with his daughter Emily Kucinich, to meet with lawmakers to thank them for their support and outline additional efforts which can save countless lives.

"I express my thanks and appreciation to Representatives Angela Witwer, Padma Kuppa and Jon Hoadley for their support and willingness to further address the issue of sudden cardiac death of our Michigan students. I would also like to thank the Michigan Department of Health and Human Services (MDHHS) for its outstanding leadership role in helping to make our Michigan Schools safer for all who attend and visit," said Gillary. "Michigan is a leader in the nation in taking action to prevent the loss of our sons and daughters from sudden cardiac arrest (SCA) and other cardiac emergencies in our schools. This is in large part the direct result of the fact that the MDHHS has been leading an effective public-private collaboration that has yielded dramatically positive results." According to Gillary, there is still much more to do.

Gillary, who founded the organization with his family after the tragic loss of their daughter, Kimberly, at age 15 to sudden cardiac arrest in 2000, has been a catalyst for public-private partnerships to advance the cause by raising awareness of the issue of SCA of our sons and daughters and by donating AEDs training to Michigan schools.

We encourage Gov. Gretchen Whitmer, her administration and our legislators to join us in supporting the MDHHS to enable it to continue its outstanding public-private efforts," said Gillary. "We also request the support of Gov. Whitmer and our legislators in helping us to achieve the goal of ensuring that every school in Michigan earns the designation as a MI HEARTSafe School during Gov. Whitmer's tenure."

The public-private efforts of the MDHHS to-date include: