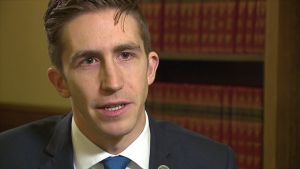 MILWAUKEE, WI--Wisconsin state law requires students to learn CPR before they graduate from high school, but not their teachers. Now, one state lawmaker is hoping to change that.

Schools in Wisconsin are required to train students in CPR at least once between 7th and 12th grades. But for teachers, that kind of training is voluntary.

“We don't expect teachers to be fully trained first responders, but they should know a few basics and they should especially know when to call for professional help,” State Rep. Daniel Riemer/D-Milwaukee said. Riemer is now working on a bill to better prepare schools for medical emergencies.

“To make sure that staff know how to do basic resuscitation, basic prevention of choking and know, and I think this is particularly important, know when to call for emergency relief,” Rep. Riemer said.

Details of the bill are still being hammered out, but Riemer is getting input from the likes of Dr. Anoop Singh, a cardiologist at Children’s Hospital and Medical Director of Project Adam, which has pushed to get automated external defibrillators or AEDs in schools across Wisconsin.

Dr. Singh says training teachers is a good idea, but he also wants schools to create comprehensive emergency response plans. “An AED being around is a fantastic place to start, but having somebody who knows how to use it is very important,” Dr. Singh said.

Named for a Whitefish Bay basketball player who died of sudden cardiac arrest in 1999, Project Adam has helped to push for mandatory CPR training for students in at least 37 states, including Wisconsin.

Now, they're working with the American Heart Association and Rep. Riemer to help schools create a complete emergency response plan. “Everybody’s going to have a different role. Whether it’s calling 911, waiting outside the school to direct EMS to the right spot, being the person who starts CPR, being the person who runs and gets an AED, everybody has a role in this process,” Dr. Singh said.

Representative Riemer has had preliminary discussion with the Milwaukee Teachers Union and says they were “generally receptive.” But he says no one wants to take a solid position until there’s a final bill.  He hopes to have something concrete to introduce in the next couple of months.