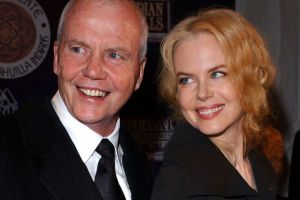 Nicole Kidman's father died from sudden cardiac arrest. Here's what she would like you to know.

Sudden cardiac arrest kills one person every two minutes. That is about 400,000 deaths in the U.S. each year. That’s half of all heart disease deaths.

Those deaths afflict seemingly healthy people of all ages and races, often without warning, including one in nine men. It is less common in women, but they are 50% less likely to receive bystander help.

What far too few Americans understand is that we hold in our hands the power to save far more lives if, by the millions, we are better informed about how to recognize the symptoms and quickly react when someone is in urgent need of assistance.

This isn’t true of cancer, diabetes, Alzheimer’s or other killers. But ordinary citizens can stop cardiac arrest from taking lives if they intervene instantly and intelligently.

You can learn hands-only CPR in less than a minute. We have created a simple instructional video  at handsonly.nyc.

Hi. I had my gall bladder out. I was released from post op into observation. First, my heart rate dropped to 25 and hospital staff could not wake me up. A while later I went into cardiac arrest for 11 seconds. Fortunately, I was in a hospital and they performed CPR. I was put in ICU, filled with antibiotics (due to the gallbladder). Two days later, a pacemaker was installed.

I am home but feeling totally uninformed. Yes, the people who resuscitated me came to see me and told me they were happy about my outcome. That it is not always the outcome.

I still have a JP Drain in me due to the difficult gall bladder surgery. I feel abandoned.