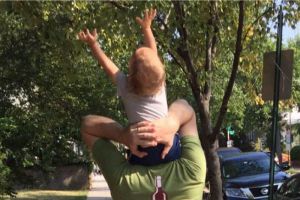 Without any warning, in September 2015 I suffered from and luckily survived a sudden cardiac arrest. The DC Half Marathon (Rock & Roll DC) will mark six months from when I was discharged from the hospital. This year will be my third R&R DC and is very different from past years. Many of those 5-10% that survive an SCA aren't nearly as fortunate as I and often suffer from severe and life long motor, memory and many other neurological problems. This page is to raise awareness for  Sudden Cardiac Arrest (SCA), for the Sudden Cardiac Arrest Foundation.

To provide some additional background, sudden cardiac arrest (SCA) is a leading cause of death among adults over the age of 40 in the United States and other countries. In the U.S. alone, approximately 326,200 people of all ages experience EMS-assessed out-of-hospital non-traumatic SCA each year and nine out of 10 victims die.

The foundation spends its money on a number of things, including educational campaigns targeted to secondary schools and colleges, programs designed to increase deployment of AEDs , research on SCA, national, regional and local outreach, state and federal advocacy and collaboration with like-minded organizations.

Submitted on behalf of Tom Parker

Thank you Tom, for raising $5,571 through your campaign to support the Sudden Cardiac Arrest Foundation!