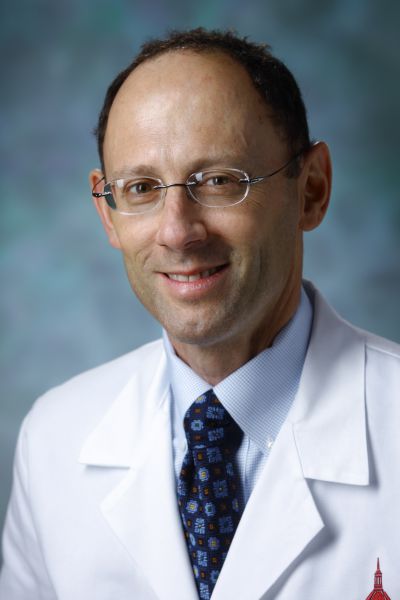 On May 16th, 2000, at the age of 44, and seven months after completion of the Ironman Triathlon World Championship in Hawaii, Henry had a cardiac arrest in the shower after a swim workout. After 27 minutes of CPR by four fellow swimmers who were also physicians, he was successfully defibrillated, a striking example of the exception that proves the rule.

Henry relishes in his full recovery from his cardiac arrest, and like most survivors, is passionate about reducing avoidable deaths from sudden cardiac arrest. He testified in 2006 in the Maryland Senate for a bill mandating AEDs in all high schools in the state, and was thrilled that the bill passed.

Henry joined an extremely small group of people in 2004, those survivors of sudden cardiac arrest who have subsequently completed an Ironman triathlon, when he finished Ironman USA in Lake Placid.

He lives with his wife, Risa, a dermatologist, in Baltimore. Risa and Henry are arranging a twentieth re-birthday celebration in May, 2020. All four of his resuscitators--Alan, Rodney, David, and Bill plan to attend, as well as his children, Catherine, Joseph, and Sarah, and their spouses and fiancé.

Henry serves as Chair of the Sudden Cardiac Arrest Foundation Board of Directors.