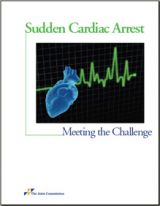 PITTSBURGH-- The Joint Commission has released a landmark monograph addressing community-based efforts for the treatment and follow-up of sudden cardiac arrest (SCA). Sudden Cardiac Arrest: Meeting the Challenge is targeted to healthcare professionals who care for cardiac patients, including those who survive SCA.

The monograph was developed by a Stakeholder Panel, including the Sudden Cardiac Arrest Foundation, convened by The Joint Commission in April 2009 to address the need for formal, evidence-based guidelines or standards related to sudden cardiac arrest (SCA) that are uniformly recognized and employed. SCA accounts for approximately 295,000 deaths outside the hospital each year in the United States. While many people affected by SCA have a history of cardiac disease, countless others have no cardiac history and are unaware of any risk factors.

"It is an honor for the Sudden Cardiac Arrest Foundation to participate in The Joint Commission's sudden cardiac arrest initiative," said Bobby V. Khan, MD, PhD, Director of the Atlanta Vascular Research Foundation at the Saint Joseph’s Translational Research Institute in Atlanta, and a member and immediate past chairman of the Foundation’s Board of Directors. "The monograph should be a tremendous resource to communities across the nation that are seeking to improve survival rates and provide support for the growing community of SCA survivors."

The panel, which met in February and September 2010, also identified nine potential performance measures for the treatment of SCA patients. Following a period of public comment on the nine draft measures, six of the nine were alpha tested by 22 hospitals in May, June, and July 2011. The panel will meet to consider results of alpha testing and make any necessary adjustments to those six measures before pilot testing begins later in 2011. The project is expected to conclude in early 2012.

About The Joint Commission Project

The Joint Commission, an independent, not-for-profit organization, accredits and certifies more than 19,000 health care organizations and programs in the United States. Joint Commission accreditation and certification is recognized nationwide as a symbol of quality that reflects an organization’s commitment to meeting certain performance standards. The SCA project was funded by an unrestricted educational grant from the Medtronic, St. Jude Medical and Boston Scientific corporations. The funders had no role in the design and conduct of the project, or in the collection, analysis, and interpretation of the information and results from this work.

Sudden Cardiac Arrest: Meeting The Challenge may be downloaded here and is also attached. Print copies may be obtained by calling The Joint Commission Customer Service at 630-792-5800. 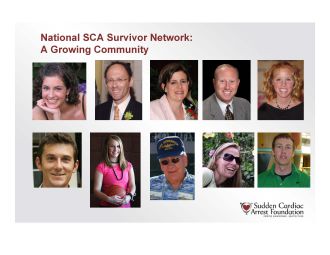 Healthcare professionals who care for cardiac patients are urged to read the monograph, understand their own community SCA impact, and invite survivors to join the National SCA Survivor Network.