Study: A Minority of Individuals Knows About AEDs and Would be Willing to Use One

AMSTERDAM, The Netherlands--Less than half (47%) of the people in a public place who have access to an automated external defibrillator (AED) would be willing to use it, according to Dutch researchers who surveyed 1,018 people from 38 nations. More than half (53%) were unable to recognize the device. 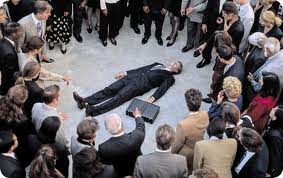 “An AED is only beneficial if a bystander is willing to use it when someone is in cardiac arrest,” said lead study author Patrick Schober, M.D., Ph.D., of V.U. University Medical Center in Amsterdam, The Netherlands. “AEDs are increasingly available in public places, such as the train station where we conducted our survey. However, in our study, only 28 percent of participants correctly identified the AED, knew its purpose, and expressed a willingness to use it.”

When asked what should be done when someone seems to be in sudden cardiac arrest, most people knew to call emergency medical services (67%). Only 20 percent mentioned chest compressions, and only 6 percent of study participants spontaneously mentioned AEDs in response to a question about what should be done as quickly as possible for someone suspected of being in cardiac arrest.

About one-third (34%) of participants stated that anyone is allowed to use an AED, with nearly half (49%) believing only trained personnel may use it. The most frequently mentioned reasons given for not being willing to use an AED were:

Healthcare professionals and first responders demonstrated better knowledge, but one in four failed to recognize an AED and either was unsure when to use one or stated they would not use one.

Sudden cardiac arrest is a leading cause of mortality in North America and Europe. Odds of survival decline by seven to 10 percent per minute of delay in defibrillation.

“AEDs are actually very easy to use, but it is obvious that the public has not gotten that message,” said Dr. Schober.  “Only a minority of individuals demonstrated both knowledge and willingness to operate an AED. Wide-scale public information campaigns are an important next step to exploit the lifesavings potential of public AEDs.”

The study, Public Access Defibrillation: Time to Access the Public, was published online Jan. 31 in the Annals of Emergency Medicine, a peer-reviewed scientific journal for the American College of Emergency Physicians.