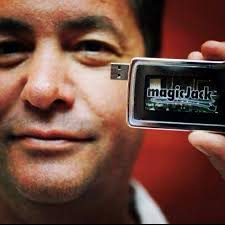 Dan Borislow, the inventor of magicJack, died of sudden cardiac arrest (SCA) last month after playing soccer at a community park in Jupiter, Florida. He was only 52-years-old, and is survived by a wife and children. He was one of 300,000 to 400,000 people who die each year of cardiac arrest in the United States, according to the American Heart Association.

I play in the same adult soccer league with Borislow. Athletes of all ages play on those fields. People of every age have cardiac events — even children. In fact, the organization called Parent Heart Watch consists of parents who have lost their children due to sudden cardiac death.

It is unfortunate that, according to witnesses, the fields did not have an automated external defibrillator (AED) present, to try to save Borislow’s life. Studies show that AEDs are more than 90 percent effective at saving someone’s life if used within 3-5 minutes of the onset of cardiac arrest. For every one minute that elapses, the chances of survival decrease by 10 percent. Most first responders average slightly longer than five minutes to arrive; by that time, it is often too late.

All public athletic fields should have AEDs available. Currently in Florida, they are not required at public athletic venues but are required in schools. I think this is not enough. As an attorney, I have been an advocate of the purchase and use of AEDs for many years; they should be as common at athletic venues as fire extinguishers are in buildings.

Most people in cardiac arrest can be saved with the use of an AED. I don’t know whether Dan Borislow could have been saved if the Town of Jupiter had an AED available in the golf cart that is usually present at those fields, with the on-field supervisor. However, I support all municipalities finding a place in their budgets to purchase these life-saving devices for their recreation departments.

Everyone Should Have One

A AED should be something everyone should have at their disposal. There are so many people with heart issues that not having these devices more available seems irresponsible. How can you put a price on a person's life?