Illustration of a Perfect Save 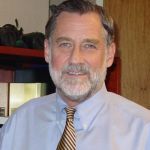 It was a chilly fall day in Pittsburgh. Maxwell King was walking from his home in the city’s Squirrel Hill neighborhood to a meeting of foundation leaders at the Carnegie Museum of Art. As president of the Heinz Endowments and chairman of the national Council on Foundations, he had a lot of things on his mind. His impending death was not one of them.

“I was struck down by sudden cardiac arrest that left me with no heartbeat, no pulse and no breathing,” Max later reported. Unlike most SCA victims, however, Max swiftly returned to the land of the living. “I was alive again, brought back by the heroic efforts of half a dozen people who jumped in with cardiopulmonary resuscitation (CPR) and an automated external defibrillator (AED) to save me. It was a remarkable rescue that left me among the five percent of people who survive cardiac arrest with no heart or brain damage.”

“Alex used the AED within two and a half minutes of my collapse,” said Max. It was placed there by the PULSE program (Pittsburghers United for Lifesaving Emergencies)—and I have Donna Panazzi to thank for that.” Panazzi, of the Laurel Foundation, spearheaded the initiative to get AEDs into public buildings in Pittsburgh.

When he arrived at the hospital, Dr. William Follansbee performed an emergency catheterization. “He thought I would need a stent. But there was no blockage. My problem was more of an electrical one that is probably genetic. I had 11 days of tests and they used a deep cooling protocol for two days.” Max later received an implantable cardioverter defibrillator (ICD).

“Within three weeks,” Max said, “I was back to work. Within three months, I was back to biking, hiking and rowing—though I could not drive till six months later on my original birthday, May 1st. Now I have two birthdays to celebrate.”

Max’s lifestyle hasn’t changed very much since his event. “I had to cut out caffeine, so now I drink decaffeinated tea. But I don’t have to take any new medications. I feel as good as ever. And when people ask me what’s it like to have a device in my body, I say, are you kidding? I now have a 98% chance of surviving SCA—which is a lot higher than most people.”

What has changed is Max’s keen awareness of the importance of CPR and AEDs and the need to “dramatically increase public awareness” about SCA. “After I recuperated, I focused on getting CPR and AED training myself. I was terrified that I’d be unable to help someone else in need.” He also made sure his sons were tested to determine their risk for SCA.

How would he advise the rest of us?

First, “Pay a lot of attention to your body and respond appropriately if you notice anything unusual.”

Second, “Be very aware of where AEDs are located. When you are at work, ask where the AEDs are. If there aren’t any, ask why not. Also ask at your health club. There are many AEDs out there, but we are way short of what we need. Even if you have an ICD, you need to know where the AEDs are--so you can help the next victim.”

Third, “Get trained in CPR.”

“My case is a perfect illustration of the impact of early CPR and defibrillation. I’m well aware that as a survivor, I’m in the minority. It’s time we changed that. We ought to have a society where 18 out of 20 people survive.”

King now serves as executive director of Fred Rogers Center for Early Learning and Children’s Media at Saint Vincent College in Latrobe, PA. The SCA Foundation will host an event to honor Max and his rescuers in Pittsburgh on October 29, 2008, just before Max turns two in “survivor-years.”

Donate in honor or in memory of a loved one. >