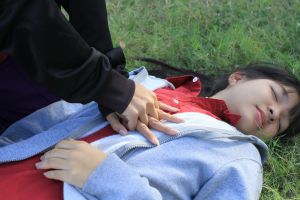 The Sudden Cardiac Arrest Foundation is once again urging the Pennsylvania Senate to vote in favor of SB 521, sponsored by PA Senator Tom Killion (R-9th). The legislation will ensure that high school students receive CPR training and learn about automated external defibrillators at least once before graduation, without placing any financial burden on schools or the Commonwealth.

Sudden cardiac arrest is a life-threatening emergency that happens when the heart suddenly stops beating. It affects more than 356,000 people outside hospitals each year in the U.S., including 7,000 children. Unfortunately only one victim in 10 survives, but survival rates double or triple when victims receive immediate CPR. Incidence and survival rates in Pennsylvania reflect the national average.

To date, 38 states—including the states surrounding Pennsylvania—and the District of Columbia have enacted similar legislation.

The Pennsylvania State Education Association (PSEA) had objected to some of the language in the bill as presented last April. The current language addresses these concerns and is also supported by the American Heart Association (AHA).

“The CPR in Schools legislation, SB 521, is a common-sense way to prepare students with fundamental life skills,” said Mary Newman, Sudden Cardiac Arrest Foundation president. “We believe it’s time for Pennsylvania to join the national movement to create a new generation of lifesavers.”