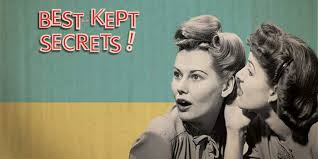 The Institute of Medicine, a division of the National Academies of Sciences, recently conducted a meeting in Seattle to continue its preliminary work on the status of cardiac arrest outcomes in the U.S. and opportunities for improvement. (Click here for report.)

As part of that meeting, IOM cardiac arrest committee member Ben Bobrow, MD, of the Arizona Department of Health Services, moderated a panel on the public’s experience with cardiac arrest. Mary Newman, MS, of the Sudden Cardiac Arrest Foundation, was among the invited speakers. She was asked to discuss the Foundation’s education, advocacy, and community building initiatives, and the public’s perception of sudden cardiac arrest and its prevention and treatment.

This cross-sectional telephone survey of a stratified random sample of 1,000 adults found that:

The primary reasons for hesitating to help were:

Notably, fear of disease transmission and legal liability risks were non-issues at that time.

This survey of 800 likely voters, commissioned by the SCA Coalition, found that:

This national omnibus survey of a representative sample of 2,000 individuals > 18-years-old, found:

Based this and other research, Newman stated there are nine common public perception myths:

She countered these myths by stating the following facts:

Why People Are Reluctant to Give CPR

Why People Are Reluctant to Use AEDs

What Survivors Would Like Us to Know: Insights from a Growing Patient Population

Research presented by Kelly Sawyer, MD, a survivor and emergency physician at the William Beaumont School of Medicine, and colleagues, at a Sudden Cardiac Arrest Foundation session during the Emergency Cardiovascular Care Update in June suggest:

Any recommendations from the IOM Committee on Cardiac Arrest should take the perspectives of survivors into consideration.