PITTSBURGH, PA--Amid enormous city-by-city variations in cardiac arrest survival rates, turning “bystanders” into “actors” who are willing to start CPR before rescuers arrive is key to saving more lives, scientific experts said at a recent workshop at the National Academies of Sciences, Engineering and Medicine in Washington.

One key link in the chain of survival in the highest performing cities is telephone-assisted CPR, a service that the public increasingly expects when they dial 911, said Arthur Kellermann, MD, MPH, professor and dean of the F. Edward Hebert School of Medicine at the Uniformed Services University of the Health Sciences in Bethesda, Maryland. “The need is great,” he said. “It is time to act.”

A collaborative effort is needed to drive nationwide changes to save lives, the attendees agreed, which included survivors, rescuers, physicians, researchers and public health advocates.

“The science is good,” said Peter Tallic, M.D., FACEP, State EMS Medical Director for the Bureau of EMS and Preparedness at the Utah Department of Health and the chair of the Medical Directors Council of the National Association of State EMS Officials. “The practice is not.” 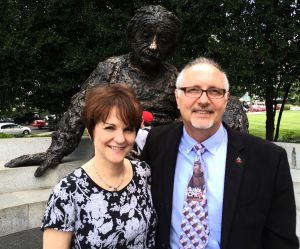 The July 11th and 12th workshop followed the recent release of the Institute of Medicine report titled “Strategies to Improve Cardiac Arrest Survival: A Time to Act” and covered a lot of ground, including: Surveillance and research, public awareness and training, improving quality of cardiac arrest response, and establishing a national collaborative.

“The Sudden Cardiac Arrest Foundation was honored to co-sponsor this landmark meeting,” said Mary Newman, Foundation president. “We were also honored to have the opportunity to debut ‘Together, We Can Save More Lives,’ a short inspirational video featuring survivors and their loved ones.”

In his concluding remarks, committee chair Tom Aufderheide, MD, Professor of Medicine at the University of Wisconsin, said, "A group that I think needs recognition are the survivors, the survivor families, and the lay rescuers, who were responsible for successfully resuscitating the survivors. Your experience helps shape our work and has made a huge difference in the success of this conference."