Mike Vanneman, bystander and volunteer firefighter saved two lives in the past year 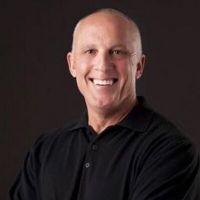 A Los Altos business executive and volunteer firefighter is being credited with helping to save a heart attack victim with three shocks from a defibrillator on Sunday at Mineta San Jose International Airport.

As the San Jose Fire Department and other city staff were on their way, Vanneman, schooled in the use of automated external defibrillators, sprang into action by attempting to revive the 76-year-old man’s heart with chest compressions, Barnes said.

When the passenger failed to respond, Vanneman asked a fellow traveler to retrieve an automated defibrillator, one of many affixed to walls inside the airport, she said. He applied the machine’s sensors to the man’s chest and after monitoring the man’s heart activity, the device issued an audio alert telling Vanneman that the victim needed an electrical shock to restart his heart, she said.

Vanneman and two travelers with nursing training then administered shocks to the man’s chest three times until his heart began to beat again, airport officials said.

Officers from the San Jose Police Department’s airport division then arrived with airport operations employees and San Jose fire personnel from Station 20 at the airport and Station 5 off of the airport’s grounds, Barnes said. An air traffic controller with the Federal Aviation Administration who learned of the emergency quickly stopped aircraft from taxiing to Terminal B to permit personnel from Station 20 reach Gate 24, she said.

The man was stabilized and taken by ambulance to O’Conner Hospital in San Jose where he remained hospitalized as of this morning, she said. “I’m glad he’s still there and hopefully resting comfortably there today,” she said.

Vanneman, in a statement, said that he and the others who assisted in saving the man at the airport “happened to be in the right place at the right time, and I am pleased to know that my first responder training and the teamwork exhibited by fellow travelers and airport staff resulted in the ailing passenger being alive today.”

It was the second time in recent months that Vanneman acted as a Good Samaritan and saved the life of a person who suffered from sudden cardiac arrest, or SCA, Barnes said. Last September, he performed CPR on a man stricken at a restaurant in Los Altos, where a defibrillator was not available but after Vanneman applied chest compressions, the victim was alert and responsive when paramedics arrived and placed him into an ambulance, she said.

The man was the seventh person saved by automated external defibrillators at Mineta San Jose since the machines were installed throughout the airport in 1998, Barnes said.